Practical Tutorial on Random Forest and Parameter Tuning in R

Treat “forests” well. Not for the sake of nature, but for solving problems too!

Random Forest is one of the most versatile machine learning algorithms available today. With its built-in ensembling capacity, the task of building a decent generalized model (on any dataset) gets much easier. However, I’ve seen people using random forest as a black box model; i.e., they don’t understand what’s happening beneath the code. They just code.

In fact, the easiest part of machine learning is coding. If you are new to machine learning, the random forest algorithm should be on your tips. Its ability to solve—both regression and classification problems along with robustness to correlated features and variable importance plot gives us enough head start to solve various problems.

Most often, I’ve seen people getting confused in bagging and random forest. Do you know the difference?

In this article, I’ll explain the complete concept of random forest and bagging. For ease of understanding, I’ve kept the explanation simple yet enriching. I’ve used MLR, data.table packages to implement bagging, and random forest with parameter tuning in R. Also, you’ll learn the  techniques I’ve used to improve model accuracy from ~82% to 86%.

What is the Random Forest algorithm?

Random forest is a tree-based algorithm which involves building several trees (decision trees), then combining their output to improve generalization ability of the model. The method of combining trees is known as an ensemble method. Ensembling is nothing but a combination of weak learners (individual trees) to produce a strong learner.

Say, you want to watch a movie. But you are uncertain of its reviews. You ask 10 people who have watched the movie. 8 of them said ” the movie is fantastic.” Since the majority is in favor, you decide to watch the movie. This is how we use ensemble techniques in our daily life too.

Trivia: The random Forest algorithm was created by Leo Brieman and Adele Cutler in 2001.

How does it work? (Decision Tree, Random Forest)

To understand the working of a random forest, it’s crucial that you understand a tree. A tree works in the following way: 1. Given a data frame (n x p), a tree stratifies or partitions the data based on rules (if-else). Yes, a tree creates rules. These rules divide the data set into distinct and non-overlapping regions. These rules are determined by a variable’s contribution to the homogenity or pureness of the resultant child nodes (X2,X3).

2. In the image above, the variable X1 resulted in highest homogeneity in child nodes, hence it became the root node. A variable at root node is also seen as the most important variable in the data set.

3, But how is this homogeneity or pureness determined? In other words, how does the tree decide at which variable to split? 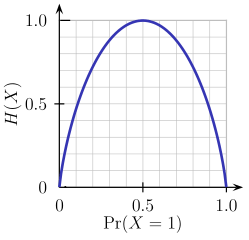 In a nutshell, every tree attempts to create rules in such a way that the resultant terminal nodes could be as pure as possible. Higher the purity, lesser the uncertainity to make the decision.

But a decision tree suffers from high variance. “High Variance” means getting high prediction error on unseen data. We can overcome the variance problem by using more data for training. But since the data set available is limited to us, we can use resampling techniques like bagging and random forest to generate more data.

Building many decision trees results in a forest. A random forest works the following way:

Each tree is grown on a different sample of original data. Since random forest has the feature to calculate OOB error internally, cross validation doesn’t make much sense in random forest.

What is the difference between Bagging and Random Forest?

Many a time, we fail to ascertain that bagging is not same as random forest. To understand the difference, let’s see how bagging works:

Aren’t you thinking, “If both the algorithms do same thing, what is the need for random forest? Couldn’t we have accomplished our task with bagging?” NO!

The need for random forest surfaced after discovering that the bagging algorithm results in correlated trees when faced with a data set having strong predictors. Unfortunately, averaging several highly correlated trees doesn’t lead to a large reduction in variance.

Advantages and Disadvantages of Random Forest

Advantages are as follows:

Disadvantages are as follows:

Let’s take a data set to compare the performance of bagging and random forest algorithms. Along the way, I’ll also explain important parameters used for parameter tuning. In R, we’ll use MLR and data.table package to do this analysis.

I’ve taken the Adult dataset from the UCI machine learning repository. You can download the data from here.

This data set presents a binary classification problem to solve. Given a set of features, we need to predict if a person’s salary is <=50K or >=50k. Since the given data isn’t well structured, we’ll need to make some modification while reading the data set.

After we’ve loaded the data set, first we’ll set the data class to data.table. data.table is the most powerful R package made for faster data manipulation.

As seen from the output above, we can derive the following insights:

We can check missing values using:

As seen above, both train and test datasets have missing values. The sapply function is quite handy when it comes to performing column computations. Above, it returns the percentage of missing values per column.

We’ll use the impute function from MLR package, which is enabled with several unique methods for missing value imputation:

Being a binary classification problem, you are always advised to check if the data is imbalanced or not. We can do it in the following way:

If you observe carefully, the value of the target variable is different in test and train. For now, we can consider it  a typo error and correct all the test values. Also, we see that 75% of people in train data have income <=50K. Imbalanced classification problems are known to be more skewed with a binary class distribution of 90% to 10%. Now, let’s proceed and clean the target column in test data.

We’ve used the substr function to return the subtring from a specified start and end position. Next, we’ll remove the leading whitespaces from all character variables. We’ll use str_trim function from stringr package.

Using sapply function, we’ve extracted the column names which have character class. Then, using a simple for - set loop we traversed all those columns and applied the str_trim function.

Before we start model training, we should convert all character variables to factor. MLR package treats character class as unknown.

Let’s start with modeling now. MLR package has its own function to convert data into a task, build learners, and optimize learning algorithms. I suggest you stick to the modeling structure described below for using MLR on any data set.

I’ve set up the bagging algorithm which will grow 100 trees on randomized samples of data with replacement. To check the performance, let’s set up a validation strategy too:

For faster computation, we’ll use parallel computation backend. Make sure your machine / laptop doesn’t have many programs running at backend.

Being a binary classification problem, I’ve used the components of confusion matrix to check the model’s accuracy. With 100 trees, bagging has returned an accuracy of 84.5%, which is way better than the baseline accuracy of 75%. Let’s now check the performance of  random forest.

On this data set, random forest performs worse than bagging. Both used 100 trees and random forest returns an overall accuracy of 82.5 %. An apparent reason being that this algorithm is messing up classifying the negative class. As you can see, it classified 99.6% of the positive classes correctly, which is way better than the bagging algorithm. But it incorrectly classified 72% of the negative classes.

Internally, random forest uses a cutoff of 0.5; i.e., if a particular unseen observation has a probability higher than 0.5, it will be classified as <=50K. In random forest, we have the option to customize the internal cutoff. As the false positive rate is very high now, we’ll increase the cutoff for positive classes (<=50K) and accordingly reduce it for negative classes (>=50K). Then, train the model again.

As you can see, we’ve improved the accuracy of the random forest model by 2%, which is slightly higher than that for the bagging model. Now, let’s try and make this model better.

Parameter Tuning: Mainly, there are three parameters in the random forest algorithm which you should look at (for tuning):

Let get to the playground and try to improve our model’s accuracy further. In MLR package, you can list all tuning parameters a model can support using:

After tuning, we have achieved an overall accuracy of 85.8%, which is better than our previous random forest model. This way you can tweak your model and improve its accuracy.

I’ll leave you here. The complete code for this analysis can be downloaded from Github.

Don’t stop here! There is still a huge scope for improvement in this model. Cross validation accuracy is generally more optimistic than true test accuracy. To make a prediction on the test set, minimal data preprocessing on categorical variables is required. Do it and share your results in the comments below.

My motive to create this tutorial is to get you started using the random forest model and some techniques to improve model accuracy. For better understanding, I suggest you read more on confusion matrix. In this article, I’ve explained the working of decision trees, random forest, and bagging.

Did I miss out anything? Do share your knowledge and let me know your experience while solving classification problems in comments below.