Algorithm on how to find the day of a week 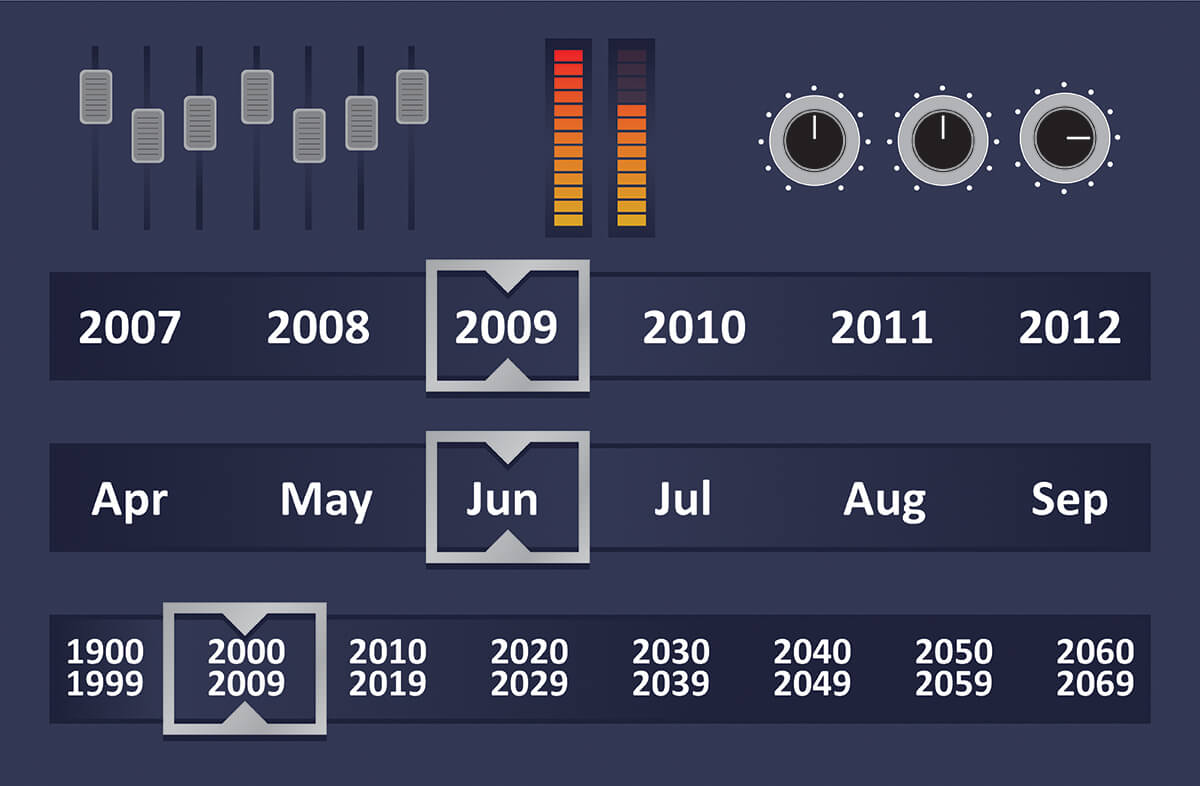 In 1970, John Horton Conway came up with an algorithm, often termed the “Doomsday Algorithm.” (Though it had no relation to December 21, 2012 — the predicted doomsday) to quickly calculate the day of a week without resorting to anything but a few calculations in your head. (It is easy to memorize, so don’t fret.)

Where d is the day, m is the month addressed in the date, y is the calendar year, and c is the century number.

Each day of the week is given a number. For instance, Sunday is the first day of the week and is represented by 1, Monday by 2, and so on. In a few calendars, the week begins with 1 as for Monday and 7 as Sunday, which is like the ISO 8601 standards calendar. These numbers are achieved using Modulo 7.

What do we know?

We know that every year has 365 days (Except the leap year which has 366 days). Every week has 7 days. Every month has 30 or 31 days except February which has 28 days in a common calendar year and 29 days in a leap year.

Though 11 months of a year have 30 or 31 days, some months begin exactly on the same day as some other month.

91 modulo 7= 0, which returns a remainder of zero. Hence, July starts the same day as April does. 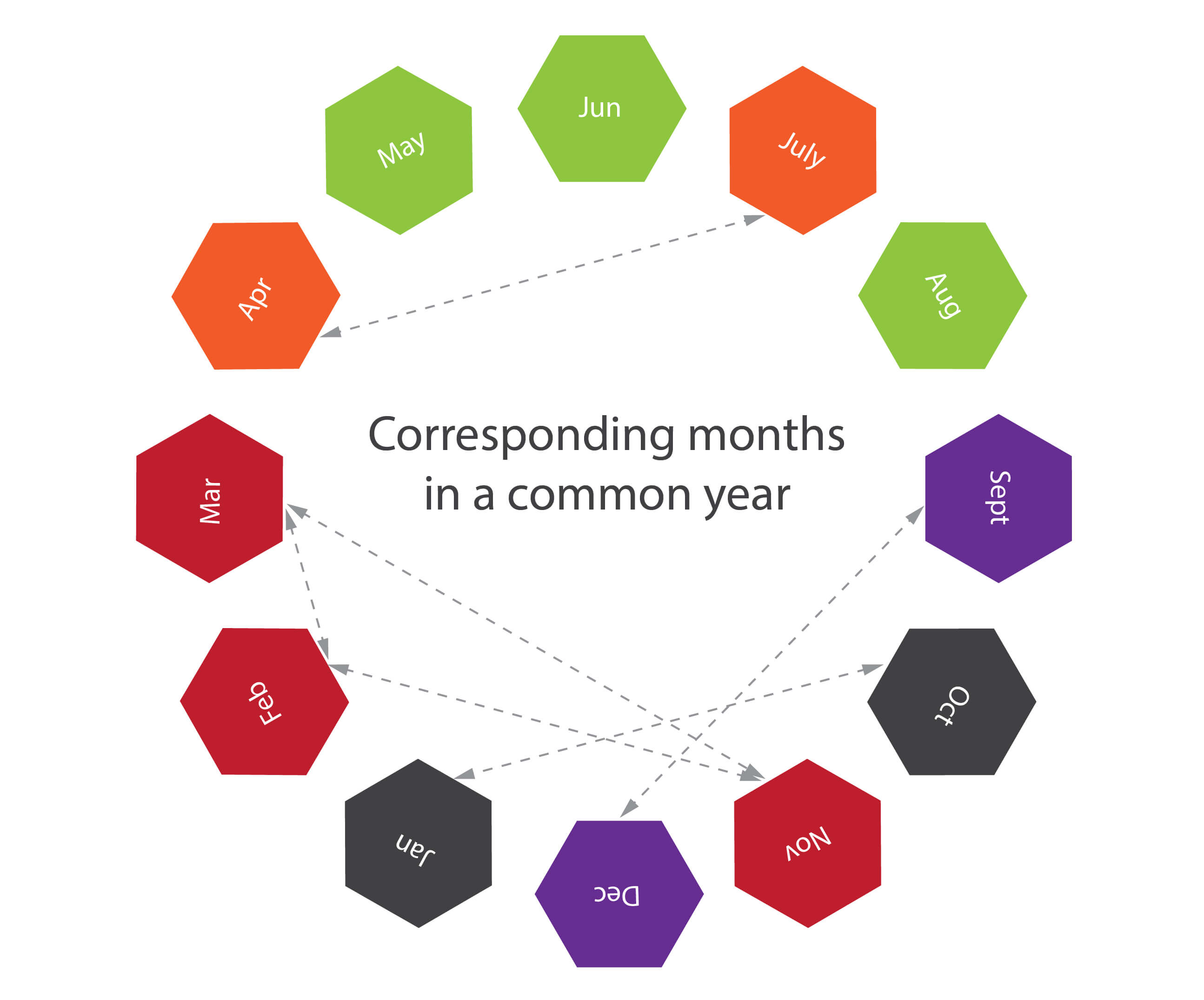 The good news is that we have a bunch of months that start on the same day as some other month of the year.
For common years:
January and October
February, March, and November
April and July
No month corresponds with August 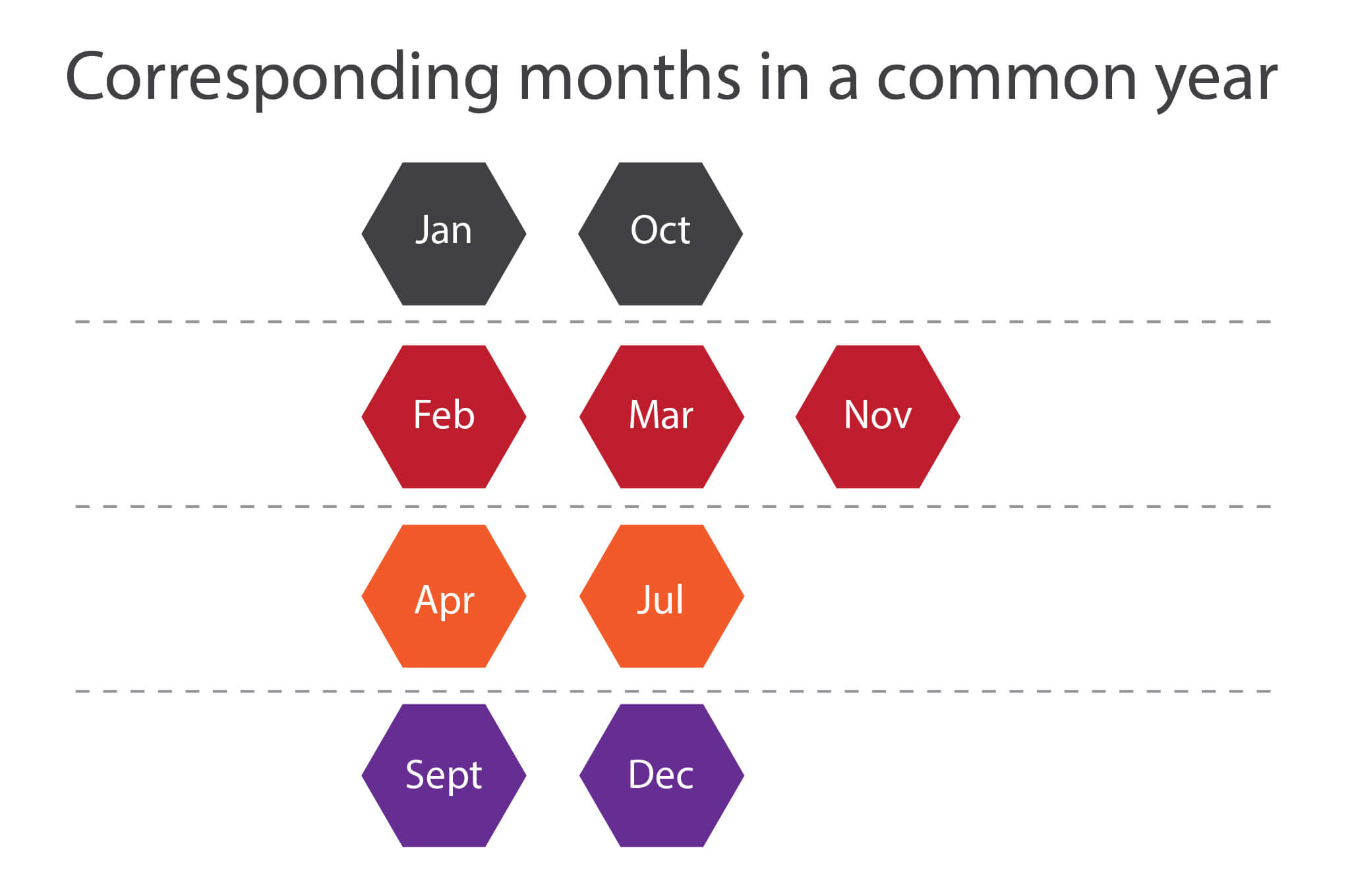 For leap years:
January, April, and July
February and August
March and November
No month corresponds with October Following these algorithms, Tomohiko Sakamoto developed an algorithm using the formula above for the determination of a day of a week, which also took into consideration the additional day in a leap year.

Let’s see how Tomohiko Sakamoto’s used the Doomsday Algorithm to determine the day of the week.

This addition of an extra day every year is adjusted every 4 years as a leap year, that is, February 29th.

So, every 4 years, the Gregorian calendar gains one extra day.

Which it doesn’t after 100 years and as the calendar repeats every 400 years, it again gains an extra day in the 400th year.

Why do they have to make it so complicated?

Considering the rules above, which work for all calendars for a leap year, we must divide a year by 4 to see if it is a leap year. But 100, though divisible by 4, can’t be a leap year, so you subtract year/100. As mentioned, every 400 years it would be a leap year, hence add year/400. With all the addition and subtraction, we accurately add that one day to the leap year.

Good, so we have mathematically adjusted the leap year. Not so difficult, right?

But the extra day comes in the month of February and not January.

We subtract a day from the first two months to make the algorithm work:
y -= m < 3

As we numbered the months from 1 to 12, for every month which has a value less than 3, which in our case would be January and February, subtract 1 from its original value so January becomes 0 and February become 1.

But doing this deletes a day from February and January even during non-leap years, which leaves a blank day between February end and March 1. To avoid it, let’s subtract a day from each month from March to December, making the list look like this:

The following codes will give Monday as 1 and Sunday as 7:

This finally gives us the following C++ code:

Here is a Python Code for the Algorithm

I may not achieve Iron Man status in their minds, but it is a start.